Collateralised debt obligations (CDOs) are derivatives of financial instruments invented for the purpose of transferring assets off a bank’s balance sheet – notable for their role in the 2008 Financial Crisis. CDOs were created via the bundling of mortgages and other loans types to provide a diversified, investment grade security for clients – benefitting the banks by transferring the potentially risky loans off their balance sheets. Surprisingly, as the quality of the underlying loans deteriorated, the volume of CDOs being created and sold only accelerated. When the underlying loans began to default e.g. people not meeting mortgage payments, banks could not pay the CDO holders thus creating a breakdown in trust between banks and sending a seismic wave through the whole financial system. Similar securities to those that were at the root cause of the Financial Crisis are once again on the rise, albeit with a different name – collateralised loan obligations (CLOs). 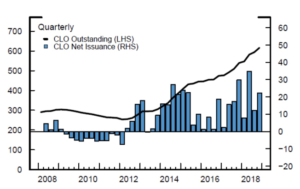 Figure 1: Graph showing the number of outstanding CLOs since the Financial Crisis. Sourced from Bloomberg.

Whereas CDOs were repackaged bundles of mortgages and personal loans, CLOs consist of low quality corporate loans that are below investment grade e.g. less than the BBB (or Baa3) rating from Standard and Poor’s (or Moody’s). CLOs are considered investment grade, however, due to their diversified composition – due to the number and range of loans in a CLO, it is unlikely that there would be a large number of loans defaulting at once thus increasing the credit-worthiness of the CLO (compared to its sub-investment grade components). Yet this theory is limited when a wide-spread, far reaching economic catastrophe, such as a nationwide wave of mortgage defaults or a pandemic, occurs. COVID-19 may be the trigger for vast numbers of these loans to default. Government restrictions put in place to control the spread of COVID-19 have seriously damaged the economy meaning companies are much more likely to default on their debt and threaten the CLO market.

As in 2008, S&P and Moody’s are reluctant to downgrade their ratings on these CLOs. A study from researchers at MIT and the University of Texas, Jordan Nickerson and John Griffin, suggests that rating agencies are underestimating the risk these securities actually possess. The researchers concluded that rating agencies are being overly-optimistic due to conflicts of interests that arise from them being private companies competing for business from the banks. 25% of the underlying

The threat of a CLO implosion is very real in a world both struggling to control the virus and yet to conceive of the lasting economic damage. However, the market for CLOs, although large, is not on the same level as the pre-2008 CDO market. Also, despite the pandemic, the ratings agencies maintain that many of the underlying loans in the upper tranches are performing well. The CLO instrument has existed on Wall Street with few issues for decades, albeit without enduring a year quite like 2020. A potential crisis in the CLO market will not be the root cause of a post-COVID-19 recession, but it could certainly worsen it.